Love prospers when a fault is forgiven, but dwelling on it separates close friends. – (Proverbs 17:9, NLT)

Love overlooks the mistakes of others, but dwelling on the failures of others devastates friendships. – (Proverbs 17:9, TPT)

Love and friendship thrive when we walk in forgiveness, but fail when we hold grudges and choose not to move on. Not one of us are perfect, and we all are in need of grace. God, in His goodness and perfect love, grants us grace and forgiveness as we ask, and remembers our sins no more. He does not remind us of our failures or past mistakes, but rather extends encouragement and builds us up. We too, are called to do the same. Faults and mistakes are not the same as intentional harm. Though we are always called to forgive, we must be wise as we move forward in love. Sometimes love has to part ways and take a different path to stay safe; body, heart, mind and soul. Most often, our relationships prosper as we forgive faults and failures, moving forward in love as we are called to do. We all fall short and desperately need grace. What a treasure when we have love and friendship that forgive faults and love us where we are, as we are. May we choose to forgive in love, letting go of the past and moving forward, allowing each new day to be a fresh start.

To love is a choice,

Looks past others faults,

Love does not hold on,

To mistakes gone by;

The strongest of bonds,

Are formed by His grace;

Dear Heavenly Father, thank You that You forgive our faults and failures and do not remind us of them over and over again. Thank You that when You forgive, it is finished. Thank You that You show us what it means to do the same for those around us. Forgive us for the times that we have lacked forgiveness, or have brought things back up that needed to be left in the past. Teach us how to forgive and move forward, releasing what was into Your hands. Show us how to love those around us well, so that they too, come to know and understand Your forgiveness and grace in a tangible way. May many come into a lasting relationship with You. Be glorified O God, as we rely on You to forgive in love and let go. Amen.

It (love) does not dishonor others, it is not self-seeking, it is not easily angered, it keeps no record of wrongs. – 1 Corinthians 13:5

Then Peter came to Jesus and asked, “Lord, how many times shall I forgive my brother when he sins against me? Up to seven times?”

During that time, rabbis taught the people that they ought to forgive others three times. So when Peter suggested seven times, he likely thought the “perfect” number was more than sufficient. However, Jesus did not concur. Seventy-seven times or seventy times seven, (depending on which verse we read) is a matter not of actual numbers, but rather of a number so high that a person would not actually keep a record of faults and foibles forgiven.

This is not necessarily an easy task, and often, the repeated steps of forgiving occur for one single action. There are times when we have to forgive again and again for one isolated incident. On Saturday, I wrote of a childhood friend who lost her seventeen-year-old son in a tragic car accident. He was doing nothing wrong, yet was t-boned by a speeding, and possibly intoxicated driver, at 7:00am. Not once since that tragic day, have I seen a single statement by her that has condemned the other driver. However, I imagine that each time she pictures her sweet son, she has to stop and forgive the other driver, as she is left wondering why her son was taken so soon. She is a woman of unflappable faith, and I know it is only by His grace, that she is able to choose to forgive.

All of us have contributed to a comparable atrocity against Christ. Though He was without sin, He was killed for our sake, because of our sin. However, He chose to allow our actions that grieved the very heart of God, to be placed on Him, so that we could be forgiven. EVERY. SINGLE. SIN. As He willingly bore the cross, He declared, “It is finished,” so that we could be forgiven, and likewise we could go forth and forgive others.

Count not the times, 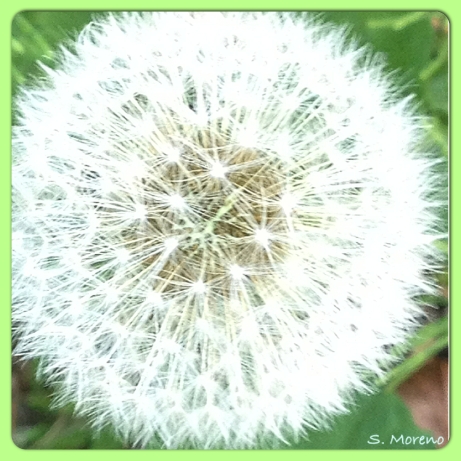 we have to forgive;

for Christ counts not,

when it’s hard to love;

He is our strength,

all grace from above.

the pain to our heart;

and grant a fresh start.

Just as our sin,

was worn on that cross;

we must let go,

trust God with each loss.

All in His hands,

be it large or small;

He’s covered it all.

Dear Heavenly Father, thank You that You forgive us for all of our sin, the moment we come to You and confess. Thank You that You do not hold things over our heads, but rather once You have forgiven, You have chosen to forget and let it go. Thank You that as we come to You and seek You, You help us find forgiveness, even in the face of great adversity, grief, and anger. Forgive us for our unforgiveness, and make us acutely aware of things that we are holding that need be released. Help us to forgive as we have been forgiven by You. May we be gracious and kind, abounding in Your love. Let others see Your goodness and grace in us, and may that be what draws them unto a lasting relationship with You. Be glorified as we extend Your forgiveness and grace to those who grieve our hearts. Amen.

© Shannon Elizabeth Moreno and Revelations in Writing, May 2011 – present.

Not that we are competent in ourselves to claim anything for ourselves, but our competence comes from God. – I Corinthians 3:5