Such love has no fear, because perfect love expels all fear. If we are afraid, it is for fear of punishment, and this shows that we have not fully experienced His perfect love. – (1 John 4:18, NLT)

There is no fear in love, but perfect love drives out fear, because fear expects punishment. The person who is afraid has not been made perfect in love. – (1 John 4:18, CEB)

Love will never involve fear. Perfect love expels fear, particularly the fear of punishment. The one who fears punishment has not been completed through love. – (1 John 4:18, VOICE)

To love God and know His love in return, requires a mind shift as we recognize the difference between fearing God, in the sense of awe and wonder at His power and authority, and fear of punishment, which delivers discipline without love. God loves us so much that He corrects, redirects and leads us to the paths we are meant to take. When we are walking in the light of His love, fear becomes unfamiliar as He shows us what it is to be loved in spite of ourselves. When we fall short, He still loves fiercely. As we misstep or make foolish decisions, He loves us so much that He leads us back the direction that we are meant to go. It is not a fearful thing, but rather our loving Heavenly Father, leading us in His perfect love. May we ever trust in Him who is love, as in Him and through Him we have nothing to fear.

The love of the Lord, 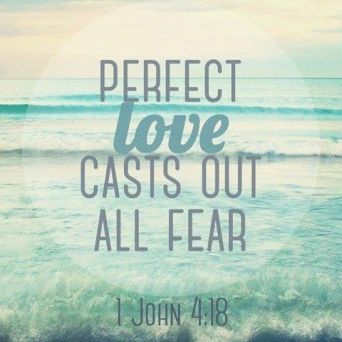 It expels all fear,

When we find we’re stuck,

Fear what we deserve;

We need to recall,

For as we know Christ,

His cover of love;

Our fears fade away,

And hope’s found above.

Dear Heavenly Father, thank You that there is no fear in Your perfect love. Thank You that though we deserve punishment, You already paid the price for all of our sins. Thank You that when we seek You, we find You, and You lead us and guide us in the direction that we are meant to go. Forgive us for being fearful when we falter, rather than seeking You for forgiveness and help. Teach us to trust You more, so that we embrace the grace that You freely give, and walk boldly in the light of Your perfect love. Show us how to love those around us with a love like Yours. May many come into a lasting relationship with You. Be glorified O God, as we seek You to know and understand Your perfect love so that we can go and love others in the same way. Amen.

He who refreshes others will himself be refreshed. – Proverbs 11:25 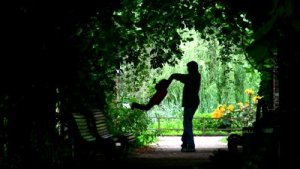 He went off and squandered,

fell to the pit of despair.

Too many burdens to bear.

As he eyed the pig slop,

his thoughts wandered toward home,

where even the hired help,

had plenty of food of their own.

With a repentant heart

and resolve that was brave,

he headed toward home

to become but a slave.

Yet while he was still far off,

his father did run,

he embraced his lost son.

Before even the words

the father called for a feast,

robed him, restored him his role.

the father had forgiven,

sees us the same way.

For all who are lost,

He cares not what we’ve done,

for His forgiveness is freeing,

if we walk away from our sin,

and let Him do the leading.

Dear Heavenly Father, thank You that while we were still far off, You came close and embraced each of us – welcoming us into Your loving arms. Help us to receive and remember the forgiveness and grace that You have given, and guide us to go in the direction that You are leading. May our every move make known the majesty and grace granted by You, God. Let the lost be found and the hurting made whole. Amen.